U.S TAXES FOR AMERICANS LIVING IN THE NETHERLANDS

As an American, no matter whether you live in the United States or abroad, the rules for filing an income tax return are generally the same. Your worldwide income is subject to U.S. income taxation, regardless of where you reside.

U.S. Expat Taxation in the Netherlands

After you move to the Netherlands, you must continue to file a U.S. tax return each year. In addition, you may be liable for filing informational returns if you own foreign assets with a value above the reporting threshold that applies to you. Americans living abroad are generally allowed the same deductions as citizens living in the United States. However, additional provisions apply specifically to Americans who live abroad, including: 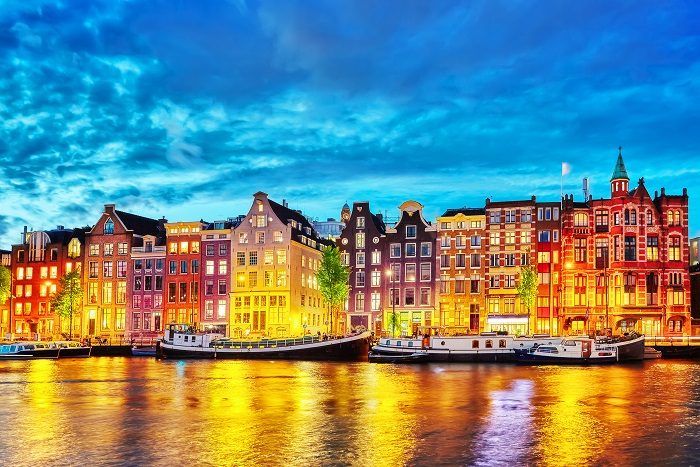 These provisions often reduce your U.S. tax liability significantly, or might even completely eliminate it. However, please note that the Foreign Earned Income Exclusion only excludes earned income (i.e. employment income), which does not include unemployment benefits and pension or annuity income. Also, you are not allowed a foreign tax credit on the taxes that relate to the amount excluded under the Foreign Earned Income Exclusion. When preparing your tax return, we will make sure these provisions are used the best way possible.

When living and working in the Netherlands, you will be taxed as a resident taxpayer. This means that you will be subject to tax in the Netherlands on your worldwide income. You will also be liable for social security contributions and healthcare insurance contributions. A taxpayer identification number will be assigned to you by the tax authorities once you have registered with the municipal authorities in the city where you live. Depending on your level of income, you may be entitled to childcare, healthcare, and housing benefits.

For tax purposes, your income is divided into three categories. The first category includes all employment and self-employment income, unemployment benefits, and pension and annuity income. This income is taxed at progressive rates. The second category includes investment income from companies in which you have a ‘qualified interest’. This generally means an interest of 5% or more. All other investment income is included in category 3: interest, dividends, capital gains, rental income, etc. If you are over the reporting threshold, you are assumed to have earned 4% of the net value of your assets that are in this category (it excludes the house in which you live, but it does include rental real estate). This investment income is taxed at a rate of 30%. In other words, it is a wealth tax of 1,2% (4% x 30%) of your investment assets. There is no additional tax on capital gains, rental income, or any other investment income.

Dutch income tax rates on employment income and other income that is taxed as ‘category 1’ income are usually higher than U.S. tax rates. Therefore, when using the Foreign Earned Income Exclusion and the foreign tax credit, Americans living in the Netherlands usually do not owe high U.S. taxes. However, this entirely depends on your specific facts and circumstances. For example, capital gains are usually taxed at a far lower rate, which means that you may owe U.S. taxes on capital gains.

If you’re moving from the United States to live and work in the Netherlands, you are eligible for a number of deductions and exemptions on your Dutch tax return. For example, you can claim a deduction for most of the expenses related to your move, storage of your furniture etc. in the U.S., expenses for Dutch language courses for you and your family, as well as travel expenses when visiting friends and family in the U.S.

If you were recruited outside the Netherlands or sent to the Netherlands on an assignment by your employer in the United States, you may be eligible for an exclusion of 30% of your gross employment income. You are required to apply for this exclusion in advance with the Dutch tax authorities to be able to claim it on your tax return.

Your employer is required to withhold income tax on your wages. Usually, the tax that was withheld is sufficient to cover your tax liability. However, you must file a tax return to claim certain deductions and exclusions or if the amounts withheld on your wages do not fully cover your tax liability (this may be the case if your personal situation changes during the year or if you move to or from the Netherlands during the year). The due date of your Dutch tax return is 1 May, but can be extended until 1 September if you timely file a written request with the authorities.

Tax Treaty between the U.S. and the Netherlands

The tax treaty between the United States and the Netherlands mostly follows the OECD Model Tax Treaty and is therefore fairly straightforward for individual taxpayers. The treaty may help to determine whether certain income is taxable in the Netherlands or not. Generally, tax treaty provisions do not reduce the U.S. taxes of Americans living abroad, as they are subject to U.S. income taxation on their worldwide income based on the U.S. tax code. Unlike most other countries, in the U.S. tax treaty provisions do not automatically overrule U.S. tax provisions that are applicable to U.S. citizens living abroad. Furthermore, many of the individual states of the United States tax the income of their residents. The rules that determine whether you are a resident of a state for tax purposes (for example because you have property in that state or you spent a number of days in that state for work), vary by state. Some states honor the provisions of U.S. tax treaties, and some do not.

Questions about U.S. Taxation of Americans Living in the Netherlands?

Please contact us with any questions you may have. Sanders US Tax Services is registered with the Dutch tax authorities to prepare tax returns for Americans living in the Netherlands. Please contact us if you would like us to prepare your U.S. and/or Dutch tax return or if you would like more information about the 30% income exclusion or have any other questions about Dutch taxation of U.S. expats.